SHOW DATE CHANGE - TO BE ANNOUNCED 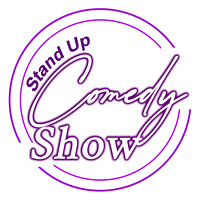 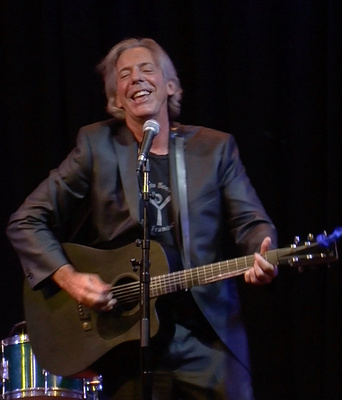 He sings, he plays the guitar and the banjo, and he is pretty damn funny!!!

Oak Gallery presents an evening of hilarious comedy and delta blues guitar with standup Richard Stockton. Join us for On Top Of The World & Afraid Of Heights on Saturday May 14th, 2022 from 6pm-7:30pm!

This is an outdoor show with consessions available for sale! Come early from 4pm-5:30pm to see Oak Gallery's featured photographic artists. Free parking near gallery in city village parking lots and along streets.

In 1982 he became the morning talk show host of WKDA/KDF in Nashville, Tennessee which was the number one talk show in the mid south for two years. In 1986 he became a full time touring comedian, based in San Francisco. In his thirty as a standup comedian he has appeared on dozens of national TV shows, performed in 1999 and 2000 as a sketch comedy player on Live From LA on BET, headlined A List comedy clubs from coast to coast – Improv, Punchline, Comedy Underground, Comedy Works, and more – growing an audience of devotees to his unique take on the human potential movement.

His first book, “Fondle The Fear,” is now in it’s third printing. He also creates short stories of transformation for NPR stations KQED, KUSP and KAZU in Northern California. He produced a KUSP radio show called True Fiction Radio that is podcast at www.truefictionradio.net. In 2014 he wrote and performed Are We There Yet? in Santa Cruz, Los Angeles and San Francisco.

Ringo Starr, after Richard’s opening set for Ringo Starr and The All-Star Band

“Richard Stockton is off the hook. He is one of the sharpest comics working today.”