I am old enough to have had my first experiences with photography at a time when black and white imagery was still a dominant form. Ansel Adams, the Weston’s and others were at the peak of their careers and Life and The Saturday Evening Post magazines were touchstones for the cultural life of the country. Once I started printing my own work in 1968, I was hooked. I have ever since been fascinated with the possibilities inherent in a medium that deals with time, light, shape and form. It allows me a way to see in new and different ways. It has always been a way for me to make sense of the world, and to focus on things and ideas of substance.

Over the years, I have explored many styles and subjects with my photography. These have included film-era silver gelatin and Cibachrome printing, infrared film, night photography including Light Painting, long exposures during daylight, Macro photography with focus stacking techniques, my own version of street photography; Optical Abstractions, and alternative processes including Platinum/Palladium and Pt/Pd printing over gold leaf, and currently wet plate collodion Tintypes and Ambrotypes. Whatever the style or camera in use, composition is king to me. It should fell that everything is in its correct position and all the elements fit together. I feel the same about most Beatles’ original arrangements; that nothing needs be added, and nothing can be taken out to improve the result.

Philosophy as it pertains to ‘capital A ART’:

I come from a school of thought that believes that if an object of art needs a
lengthy verbal explanation to make sense, then it has failed its job of eliciting
a true cognitive or emotional response. I aim to reach the viewer in the space before words. As an impressionable college student in the 1960’s, I discovered the works of J.Krishnamurti, specifically in the thought that as soon as you name your perceptions, you limit those impressions to what you already know, to the way you’ve already learned to view the world. This blocks a true response to the now. That concept has lead me to keep my senses alert and open and trust my subconscious. Others may photograph to apply their will upon the world, to produce a pre-conceived result. I photograph to show the world as it is and as it might be through a lens in order to better understand the world and myself.
And hopefully to share those understandings with others as they may see them. 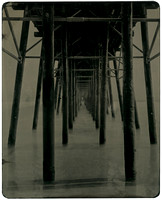 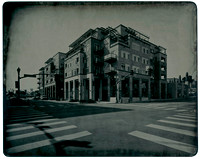 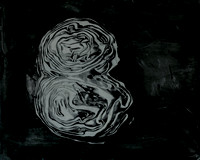 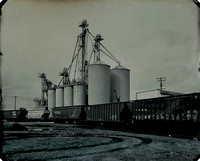